The variogram map introduced in Micromine 2014 is a major addition to Micromine’s geostatistical toolkit. It provides a framework for finding and measuring anisotropy in three dimensions, ultimately producing a set of three-dimensional axes that can then be passed to the variogram chart display or search ellipsoid.

A variogram map is similar to a fan of closely-spaced directional variograms spanning a 180° arc. However, directly calculating the cell variances is more robust than assembling a fan of individual variograms.

Each cell on a variogram map represents the semi-variance of all sample pairs separated by the distances and directions of its boundaries, as defined by its polar (angle and distance) coordinates and size. Only the input pairs separated by those distances and directions (plus a tolerance) are used to calculate its value. The origin of the map is at centre and represents zero separation between sample pairs.

Like any variogram, low values indicate a stronger correlation and better continuity between sample pairs. Interpreting the map is simply a case of locating the zone of low values running through its centre (shown in blue in the image below), paying most attention to the region nearest the origin. 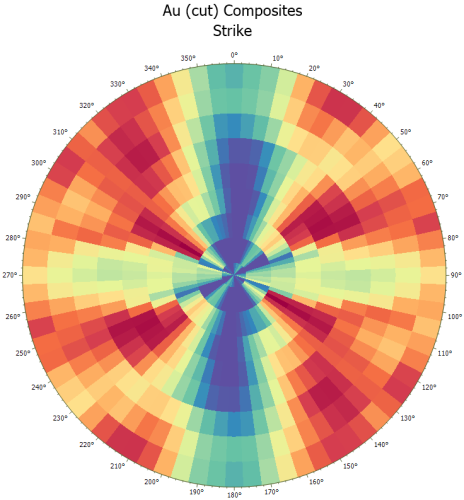 You create a variogram map via Stats | Semi Variogram Map on the main menu.

The Input Data tab of the Semivariogram Map dialog is divided into two parts. You supply the File and field names, along with the Transformation and Display options in the upper part of the dialog.

The Display Options require you to choose a palette whose colours will be assigned to the semi-variance values shown in the map. Simply double-click in the Palette box and choose one with a smooth gradation of colours. The Range and Percentile buttons control how the colours are allocated to numerical values in the map. In most cases Percentile mode produces the best result. 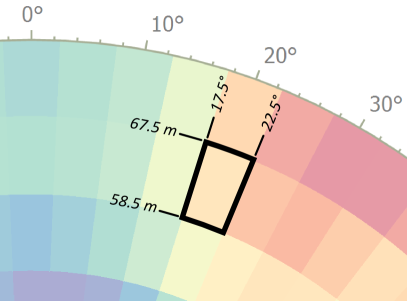 The amount of available data determines the number of directions, with large datasets generally able to support more directions than small ones. Similarly the sample spacing determines the lag interval, which tends to be some multiple of the dominant spacing. Lastly, the physical size of your study area determines the number of lags, remembering that a variogram needs to span one-half of the study area at the chosen lag interval. All of these numbers may be refined in the interactive map display.

Directional and lag tolerances are defined by the amount of overlap with the surrounding cells, avoiding the ambiguity associated with the term ‘tolerance’ (which can either mean including or in addition to the current cell). Directional overlaps are specified by the number of adjoining sectors, and lag tolerances by the number of adjoining lags used to estimate each cell. The overlaps can be any real number, not just integers. Each cell is then estimated using data falling within the overlapping regions.

The directional overlap may be further modified by a bandwidth, which determines the maximum width of the search region in coordinate units and prevents it from becoming too wide at long lag distances:


You use the overlaps to adjust the quality of the map by including extra data from the surrounding cells. This has the effect of smoothing out erratic values or noise in the display, making the map easier to interpret. This noise may be considered in two dimensions: around the circumference of the map and along its radius. Increase the direction overlap when you see noise around individual rings of cells in the map, and increase the lag overlap when you see noise along radial lines of cells. 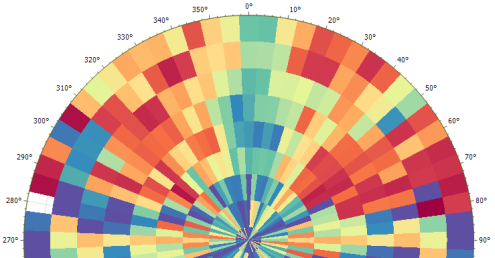 No overlap: there are erratic values in rings of cells and along radial lines. Although a north-south trend may be present, it is hard to interpret in this map 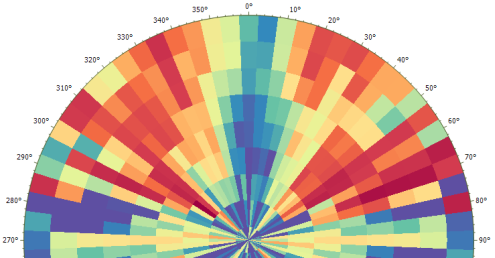 Lag overlap only: radial lines are much clearer and the north-south trend is becoming more obvious 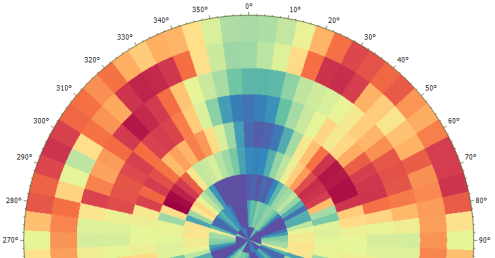 Directional overlap only: rings of cells vary much more gradually, although the north-south trend is now a little hard to see 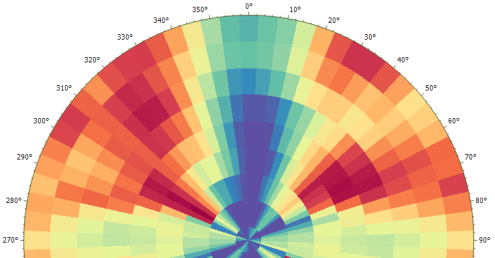 Both lag and directional overlaps applied: the north-south trend is clear and easy to interpret

Don’t over-smooth a noisy map. Your ability to identify anisotropy decreases as the overlaps increase and you should try to strike a balance between de­tail and noise. Your goal is to see a smooth zone of low values running through the centre of the map.

I explain how to use and interpret the map in Part 2.
Vote