Are there any issues with some users running Geobank 2011 and others using Geobank 2013? Is the configuration database compatible between the two versions?

anonymous 10 years ago in General • updated 9 years ago • 0
The two are compatible side by side however it is not recommended to run them side by side in production if you will be doing administration in both versions. The reason is that we have shuffled the tree structure slightly in Configuration Manager and since version 8 the software will automatically fix a “broken” configuration database setup. This means that the two versions will fight with each other about what is the “correct” structure of the Configuration Manager tree. It won’t really affect you but you ought to know what’s would be happening in the background. That being said, it is only going to happen when an administrator opens Configuration Manager and not every time a user uses the application so if all administrators switch to 2013 at the same time you shouldn’t see this problem.
Also,
-  New components will not appear in the Geobank 2011 Configuration Manager tree
-  Geobank 2013 components added to profiles/task-lists will appear on the Geobank 2011 home screen. The user will be informed that they need to install an update if they try to run the task.
Cheers
Leigh 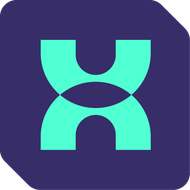