End of support for Windows XP and Windows Vista

Micromine 2016, due for release in the second quarter of 2016, will not run on Windows XP or Windows Vista.

Ending support for an operating system is a serious decision and there are many reasons for doing so, not the least of which are improved compatibility, security, stability, usability and performance. This is the first time we have dropped an operating system since we stopped supporting Windows 2000 back in 2009.

Looking ahead, dropping XP and Vista allows us to take advantage of modern development tools and features, like modern graphics rendering, that were introduced in Windows 7, 8/8.1 and 10. We would not be able to use these features if we still supported XP and Vista.

If you are an XP or Vista user, your system hardware is probably somewhere between 6 and 14 years old. Although you could upgrade your machine to Windows 10 for relatively low cost, we recommend that you purchase a new Windows 10 computer. If you choose to upgrade your existing hardware, be aware that Windows XP and vista are not eligible for the free Windows 10 upgrade. 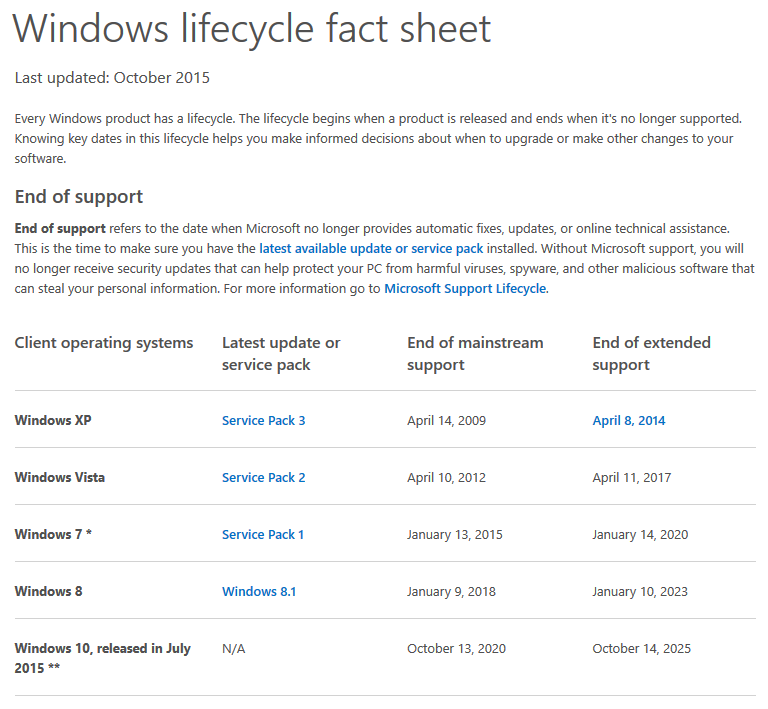 For more information on the Windows lifecycle, refer to http://windows.microsoft.com/en-us/windows/lifecycle.