How to combine wireframes in implicit modelling?

Hi guys,
Please advece how to create full lithological implicit model.
I created separated intrusin models for every units and need to combine them for avoiding overlapping.
Also need to create outside (host rock) model: 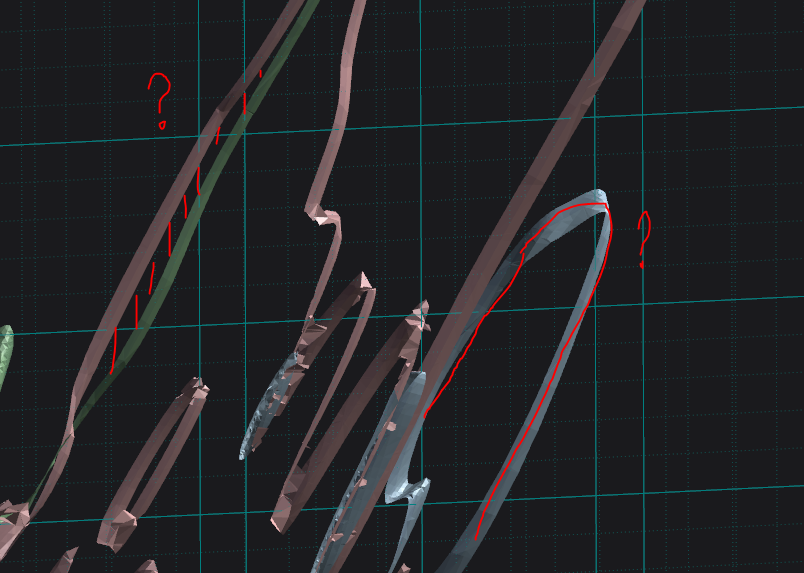 On the past, before having the Geology Modeler, I used to ignore the lithologies that were already modelled. It prevents 99% of the times the overlaps. So, If I have lithologies A,B and C, I would:

If you model unit B excluding A, the chances of overlaps are high.

Find an example below, Unit A is blue and unit B is green

Example of B excluding A

Example of B modelled ignoring A: 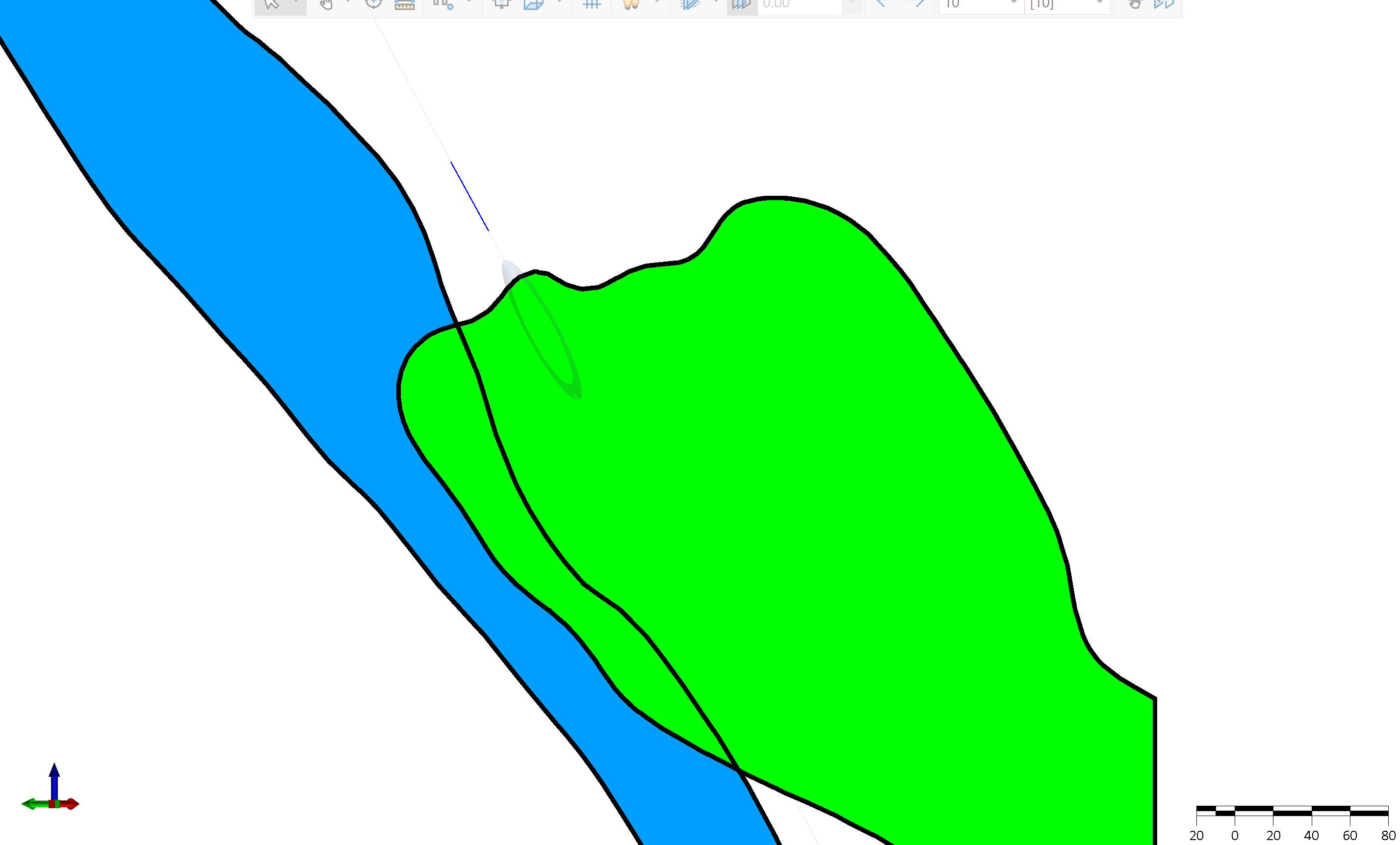 After Boolean, the contacts will perfectly match.

Nevertheless, in some situations overlaps are inevitable if you are using strong anisotropies. For those situations you can use a Line to force one unit inside the other, so after Boolean the contacts will match.

Our Geology Modeler does the ignoring process automatically when we insert units in chronology from the youngest to oldest and saves a lot of time in ignoring and excluding lithologies. The Booleans are performed automatically as well. I highly recommend you to use it if you aren't.

Please, let me know if you have any question.

As Pedro mentions, excluding lithologies is a good way. I always make sure I have a robust numbered geological sequence in place, ie 00_Cover/01_Porphyry1/02_Porphyry2/03_Sandstone/04_Siltstone/05_Volcanics. Then I model the youngest (most recent) first, then exclude that rock type when I generate the next unit, ie include 00_Cover, exclude everything else. Then I include 01_Poprhyry1, exclude everything else but ignore 00_Cover. Next, you would include 02_Porphyry2, exclude everything else but ignore 00_Cover and 01_Porphyry1, and so on. There is no need to model the last remaining unit (05_Volcaincs) as this is "everything else". Things like sedimentary rocks, volcanics etc (stratigraphic deposits), I always model as DTM surfaces and not volumes, intrusives always as 3D volumes unless they form the base to the model - say a Granite floor.

Then, with the wireframes created based on these composite files, I am ready to construct the 3D volume model. To start, I build a square volume of the project area (which MUST be smaller than the edges of the surface DTMs) and boolean away the "air" using the topography, leaving me with the "ground" model. Then I clip off the cover (I usually model the cover as a DTM surface rather than a closed volume), then clip out the 01_porphry1 volume from the non_cover volume, then porphy2 from the non_porphyry1 volume, etc working back till the only volume left (the remaining) which would be 05_volcanics in the example above. This is the only way I know to ensure there are no remaining overlaps or gaps in your model.

Thank you for your advices.
So to finish model need to use boolean operation?

Faulting is also by boolean?

Thank you guys for help.

Thank you for the question Kazbek. Thank you very much Ron for your insights!

Hi As Ron said understanding the cronology and going youngest first is the way to go. To thow my bit into the ring the approach I've used in the past for modelling multi episode intusives would be as follows.

3. Boolean Intrusive1 off against Intrusive2. = Intusive2

This will give you an airtight model where ignoring perhapse will generate gaps. The new Geology modeller does a lot of this for you but it does like nice clean data.

If I'm dealing with faults then I make a box, chop the top off with the DTM, and carve it up using the faults to create fault box 1, 2, 3 etc. Best done with interacive boolean in my experience. Then having assigned the fault box to the data I model only using the data in that box, on a box by box basis or as approporiate given relative timing of intrusives and faults.

Once you have booleaned all units and are happy with the unit volumes, how do you generate the final model with all units together and save as the .im file?

I have used the contact surface tool twice to model 2 contacts. Now i need to combine the three volumes and save as the .im file.

The *.im model is the mathematical RBF model, that is, the equation that represents a variable in 3D space. You theoretically could use the *.im model to tell you what the variable is at any set of coordinates (for example 1 or 0; porphyry or not porphyry etc). It is not the final geological model, which is the combination of a series of implicit or explicit IM models. The unit volumes you mention above are the final model. If you have three wireframes, these could be saved as a wireframe set which allows you to display them, work with them etc as a group but they are still just the final wireframe outputs. I often put these final wireframes into their own triangulation database which makes it easy to share the final model with co-workers as you only need to send them the one triangle database which only has the final model in it.

As Ron has mentioned, the .im file actually stores the implicit funciton (maths) to be used for other outputs such as populating points, wireframes and volumes.  It sounds like you need to boolean your 3 solids together to create a water tight model.

I would encourage the use of our geology modeller as it takes care of these steps for you, simply define the chronology and it will give you a fully booleaned model - this was the purpose for developing such a tool.  The newest version in Micromine Origin 2023 will see the chronology include faults for more representative models.