Is there an easy way to generate a top (Hangingwall) and bottom (Footwall) surface from a solid wireframe?

Note that I don't have the Seam Modelling module.

Any advice much appreciated.

Hello, Stuart! What is your final purpose of HW and FW surfaces? For dinamiс anisotropy?

I think you need something I have often wished for, alas I am not aware of a single tool in Micromine to do this (sigh).  The approach I have taken in the past is to slice the wireframe on sections and digitize in both HW and FW.  This is tedious.  I have however thought of a better method that I think will solve the problem.

Next update Model2 by adding a field East_IDX (Character, 8) then used the Calculate function At Change Increment to add increasing values starting at 1 each time the East value in the model changes.  The use the replicate option (^R) to write the values to all rows in the model. The East_IDX then defines the rows Mode2.  Next use Modelling | Block Model Tools | Assign

To write the East_IDX values from Model2 to Model1.

An RL Index (RL_IDX) is also needed.  You cant sort Model1 (or any rotated Block model) by coordinates so I generated a file with a List of RL values (ie every 5m and appropriate Index values then used File | Merge | Micromine to write them to Model1.

Because rotated block models can not be sorted by coordinates you now need to persuade MM that Model1 is not a rotated block model.  I generated a file with fields East, North, RL EastT, East_IDX, RL_IDX. and then merged the relevant fields from Model1 to this file (Ie _East becomes EastT.  You can then sort the file by East_IDX and RL_IDX and then use File |Fields |Extract to generate a points file which as points defining the center plane of the vein and the vein thickness.

Hi Keith, thanks for this.

Yes, it makes sense - I'll try it out on the w/e and will let you know how I go.

The answer is "it depends". If you would like to send me the solid (to paul@micromine.com ) I will suggest a process suited to the data, but here are a couple of options to consider:

In the next release we will have some functionality that should allow you to "separate" the surfaces interactively.  There will be two new ways to select connected triangles, Similar and Region.  Here is a brief description

For Similar selection, the (face) dip value of all neighbouring triangles are compared to dip value of the triangle originally selected. If it is within tolerance, then this triangle is selected. The process continues, in all directions, until there is no triangle neighbour matching the tolerance criteria.

Note that with either selection tool, you could start the process with several (non-neighbouring) triangles selected.

Thanks a lot Paul,

Don't know if this is useful or not, but by having separate HW and FW wireframes you can plug them into the Wireframe | Calculations | Compare Wireframes function, name the Distance attribute "Thickness" and run.  Now you can display the "Wireframe to Compare" using Thickness as the 3D Colour Coding Attribute to visualize the vein thickness.

Hi Stuart, further to Paul's comments on the new selection feature in MM2020 here are some screen shots that show you will be able to do.

Starting solid of a vein: 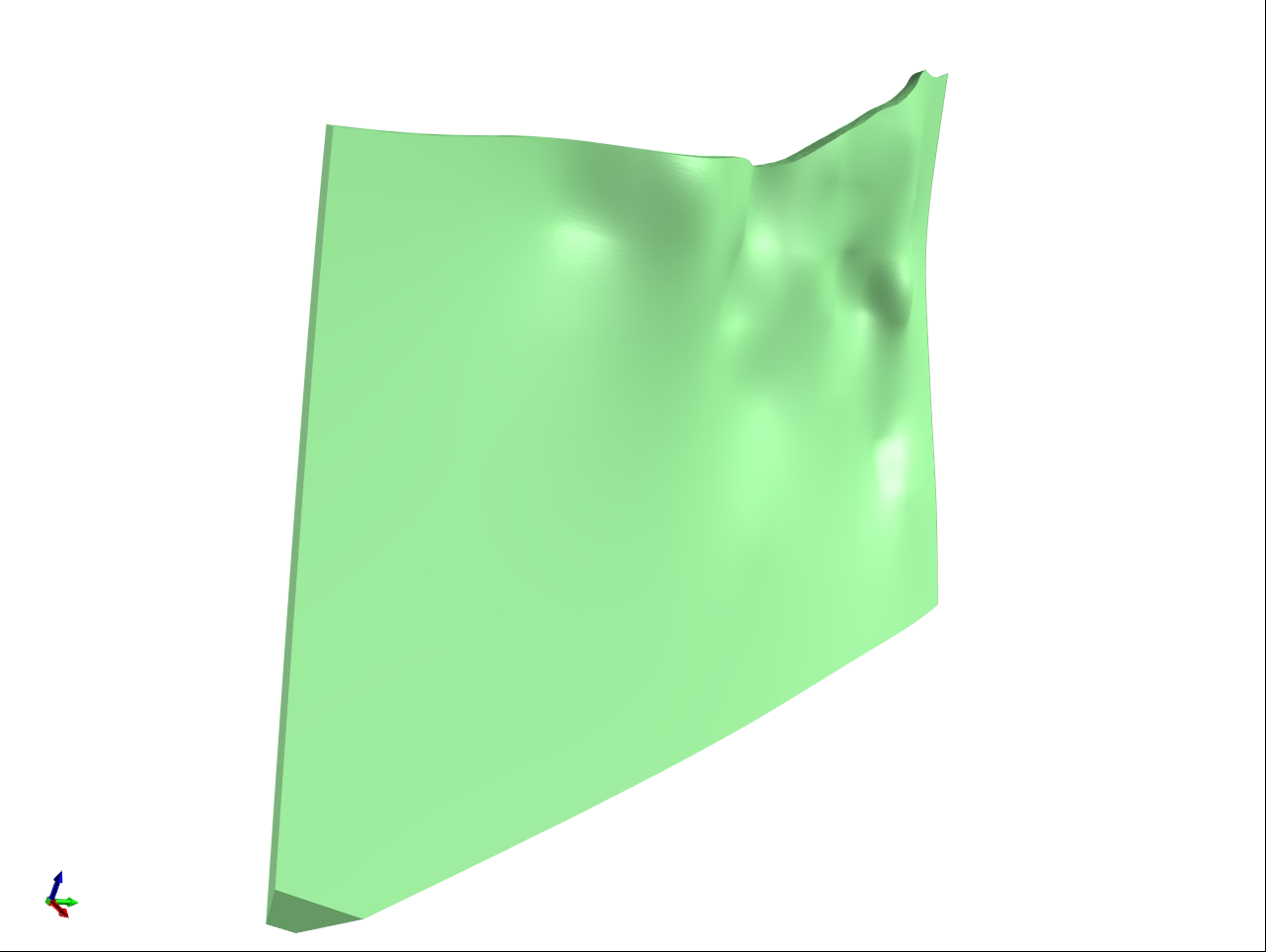 select a single triangle and use the new selection feature with a sensible angle tolerance: 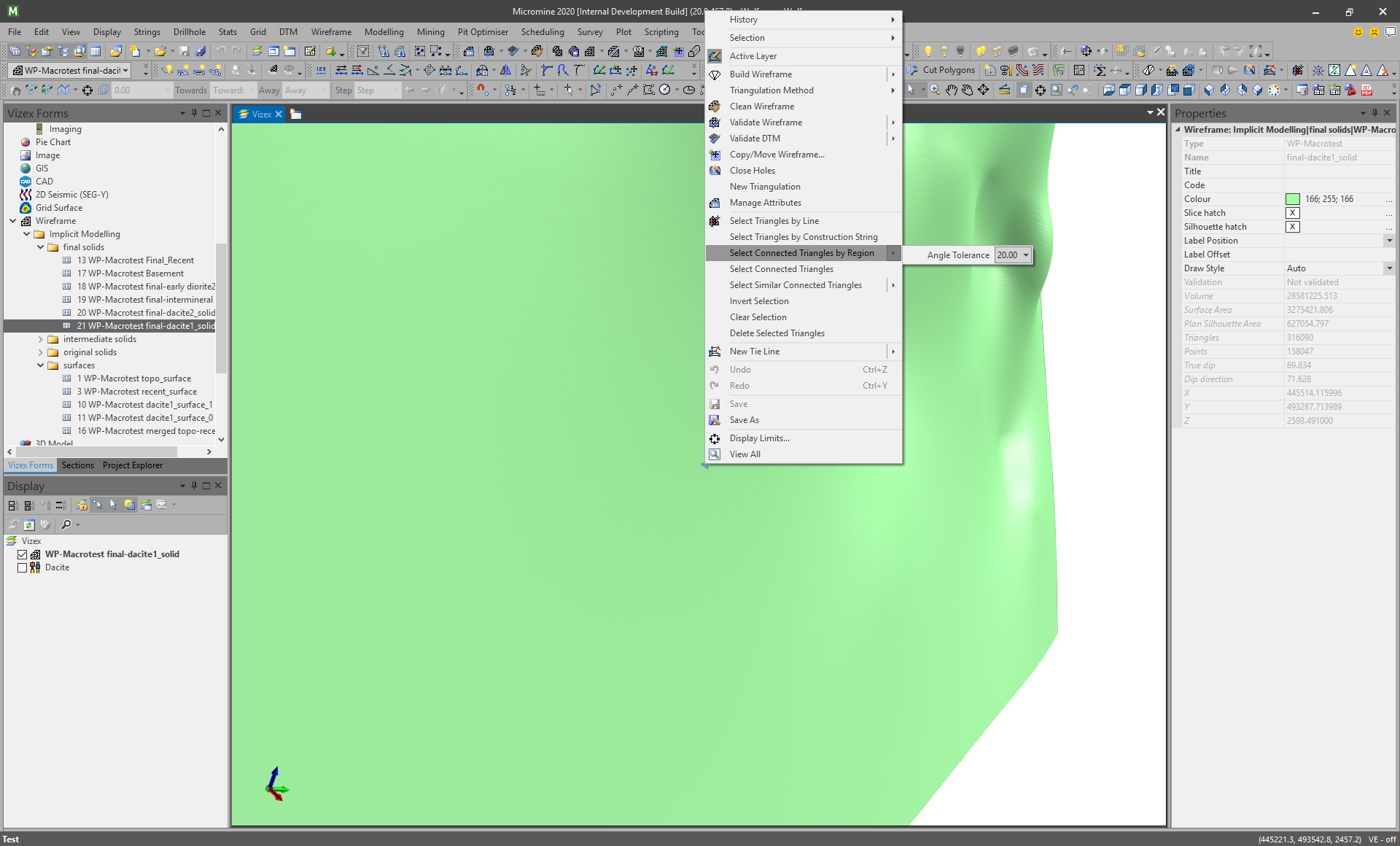 the result of this selection can be saved to a new wireframe: 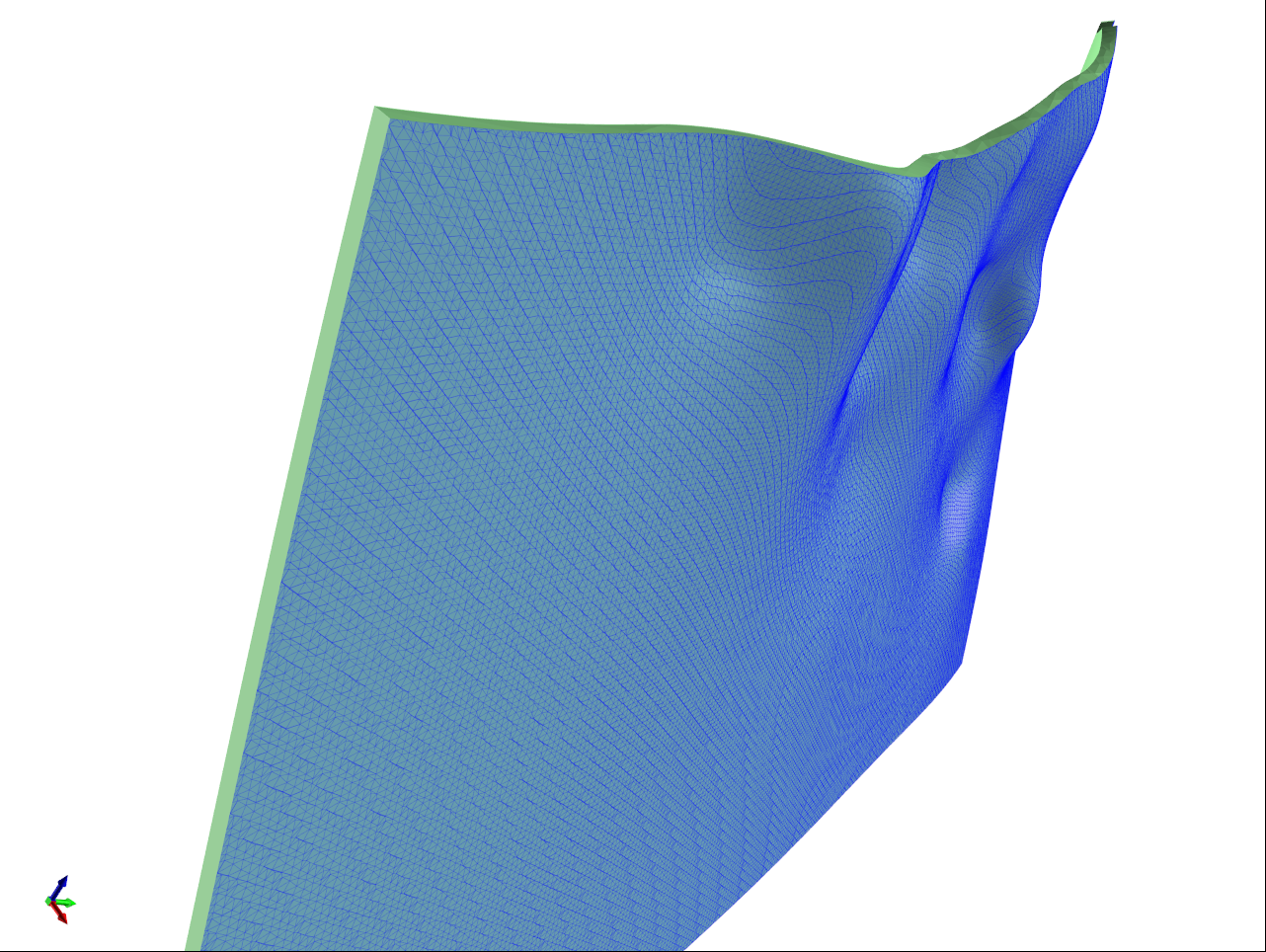 repeat for the other side: 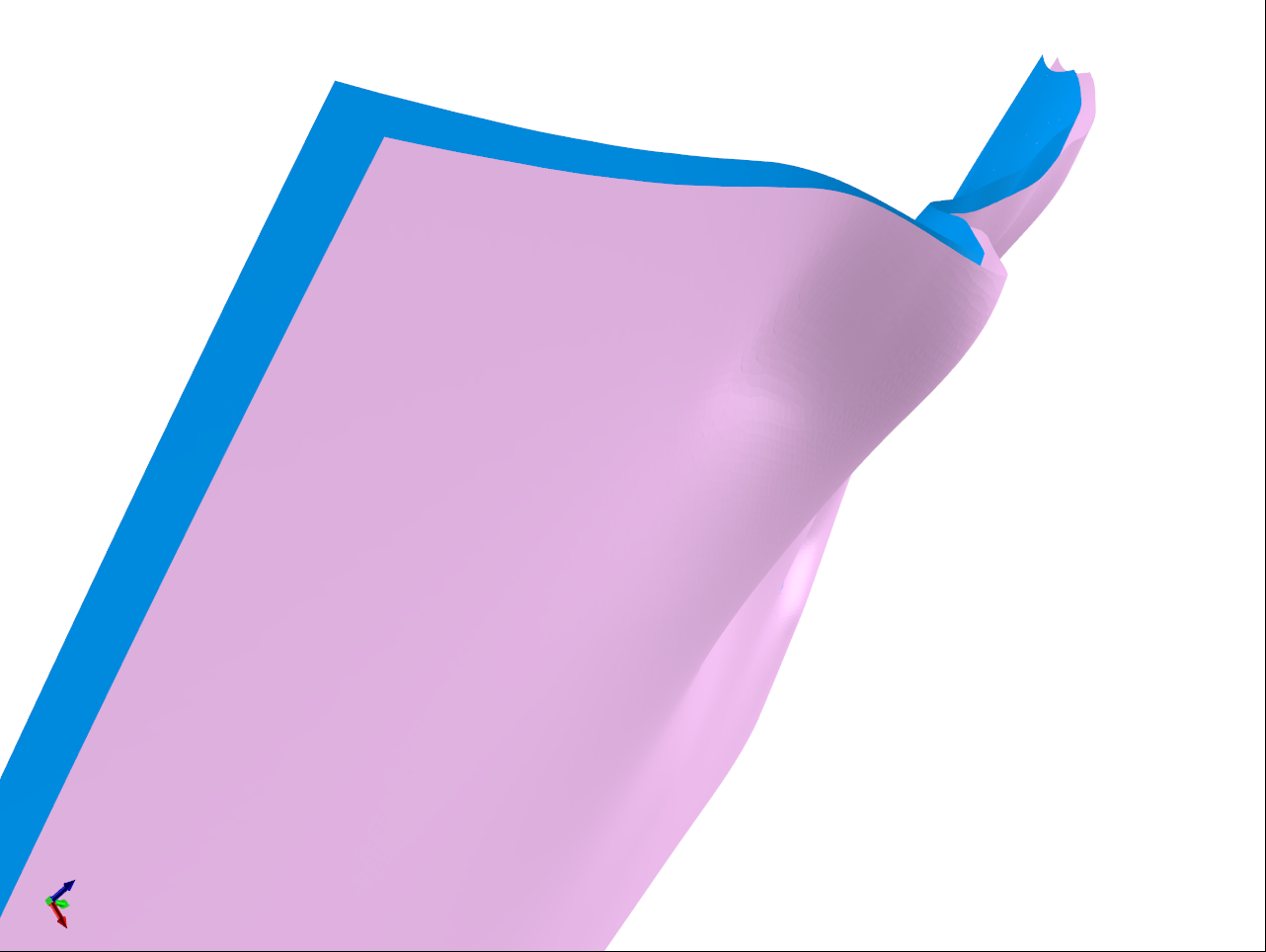 that is correct, this is a new feature in MM2020 due in November this year